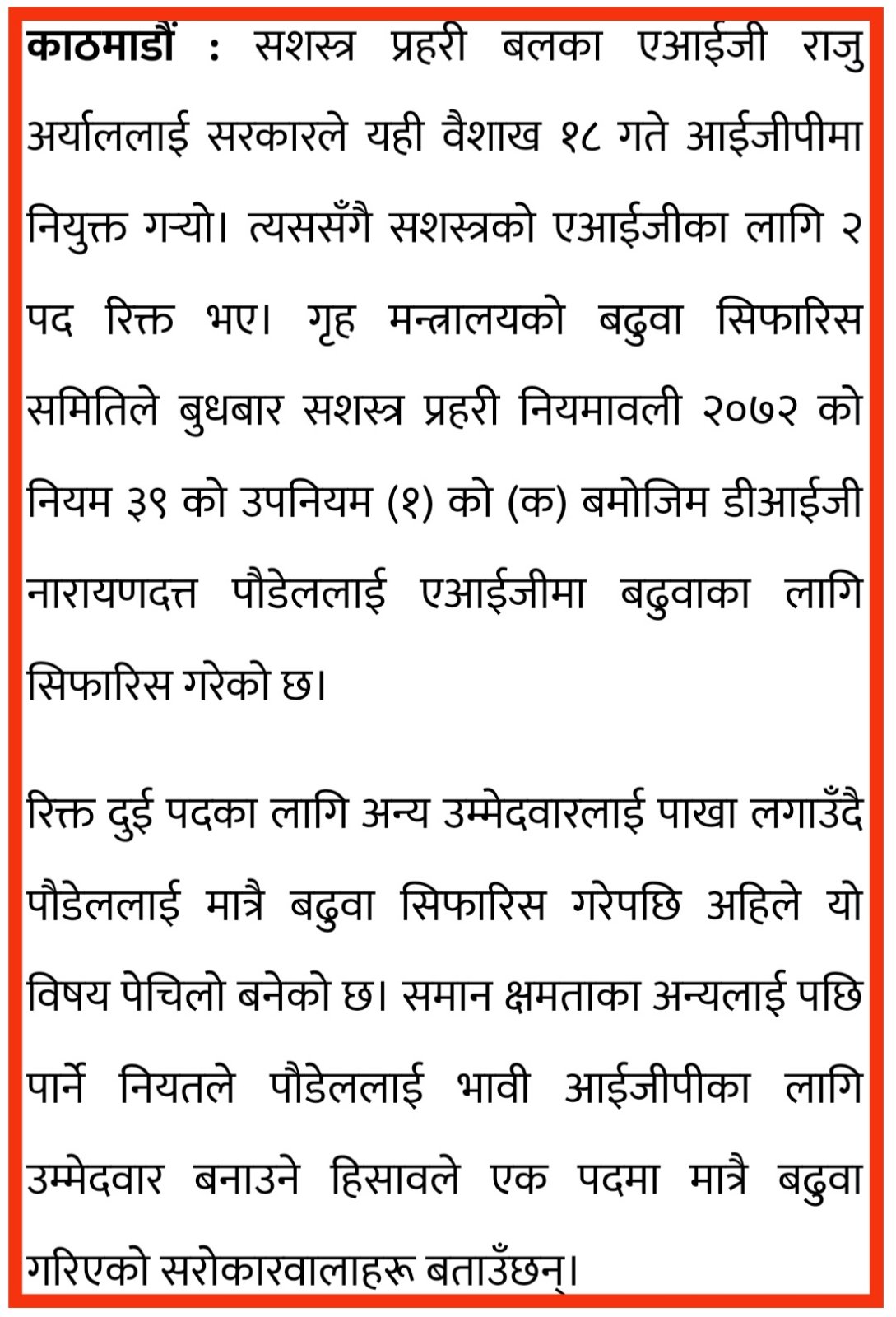 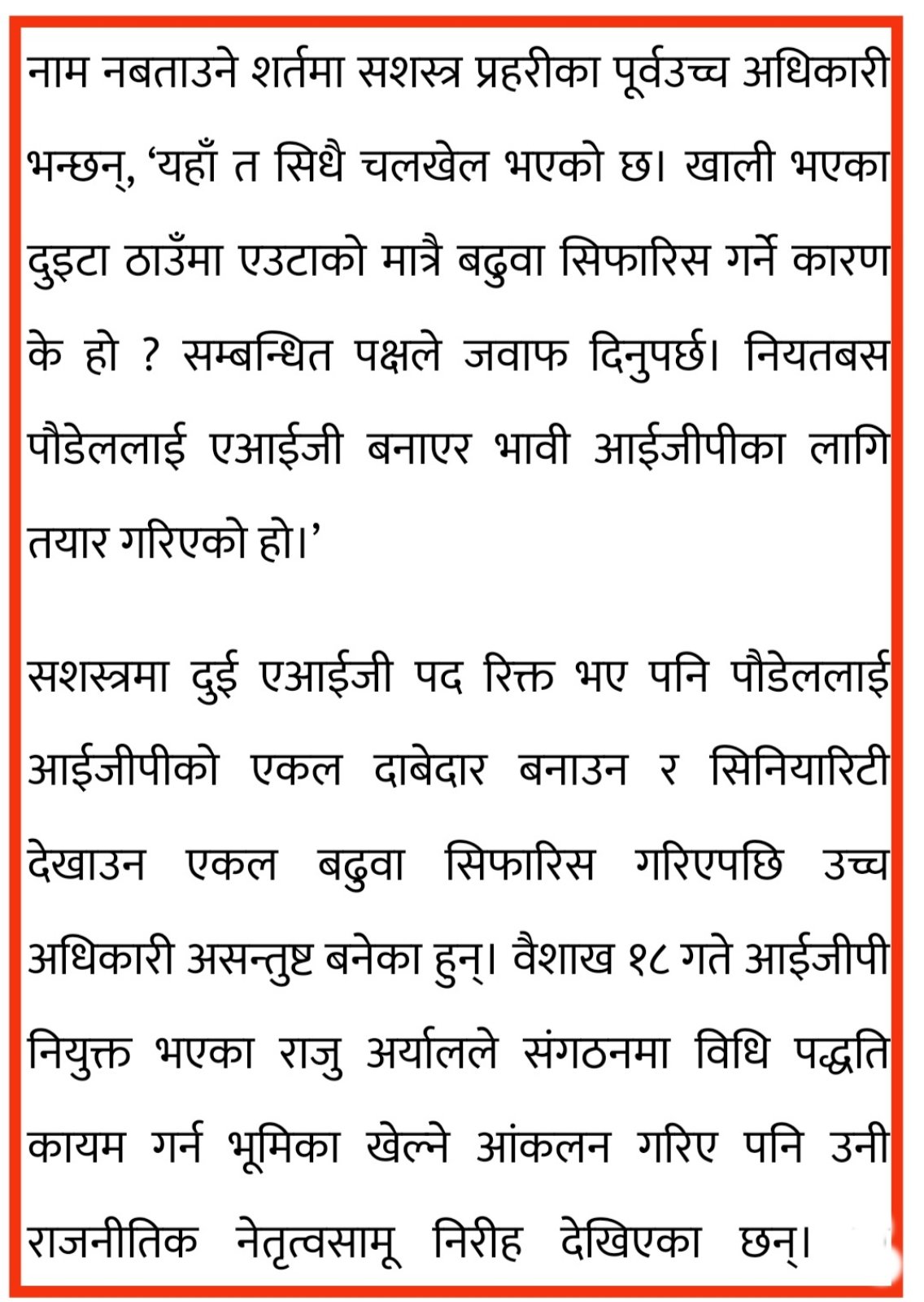 Raju Aryal, AIG of the Armed Police Force, was appointed as IGP by the government on April 30. At the same time, two posts became vacant for the AIG of the armed forces.

The promotion recommendation committee of the Ministry of Home Affairs on Wednesday recommended DIG Narayan Dutta Poudel for promotion to AIG as per sub-rule (1) (a) of rule 39 of the Armed Police Regulations 2072.

The issue has now become complicated after Poudel was recommended for promotion only, sidelining other candidates for the two vacant posts. Stakeholders say that Poudel has been promoted to only one post with the intention of making him a candidate for the post of future IGP.

A former senior police official, speaking on condition of anonymity, said, “There has been a lot of activity here. What is the reason for recommending promotion of only one of the two vacancies? The party concerned must answer. Niyatbus Poudel has been made AIG and prepared for the future IGP. ‘

Although two AIG posts are vacant in the armed forces, senior officials have become dissatisfied after Poudel was recommended to be made the sole claimant of the IGP and to show his seniority. Although Raju Aryal, who was appointed as the IGP on April 3, is expected to play a role in maintaining law and order in the organization, he seems helpless in the eyes of the political leadership.

Aryal, who is committed to strengthening the organization and promoting legal transfers, has been Bethiti’s partner from the beginning. IGP Aryal is the member secretary of the promotion committee of the home ministry. He said that the committee has recommended a single promotion for the benefit of the individual.

A police official in Bahalwala said, “It is against the interest of the organization for the IGP appointed for the benefit of the organization to start political maneuvering for promotion.” It is wrong to look for the good of the individual. This frustrates other police officers. The practice of singing praises of an individual grows more than organization and work. If there was no vacancy, one thing is that there is no candidate for promotion. It is wrong to recommend promotion alone, ignoring other candidates. There is no need to discriminate. ‘

Four DIGs had applied for promotion in the two vacant AIGs in the armed forces. Along with Poudel, Chandra Prakash Gautam, Vamshi Dahal and Kishor Pradhan had applied. Although Pradhan applied for AIG promotion, he was less likely to be promoted in AIG as he was a junior.

Public transport fares go up again: Where to go? (With list) 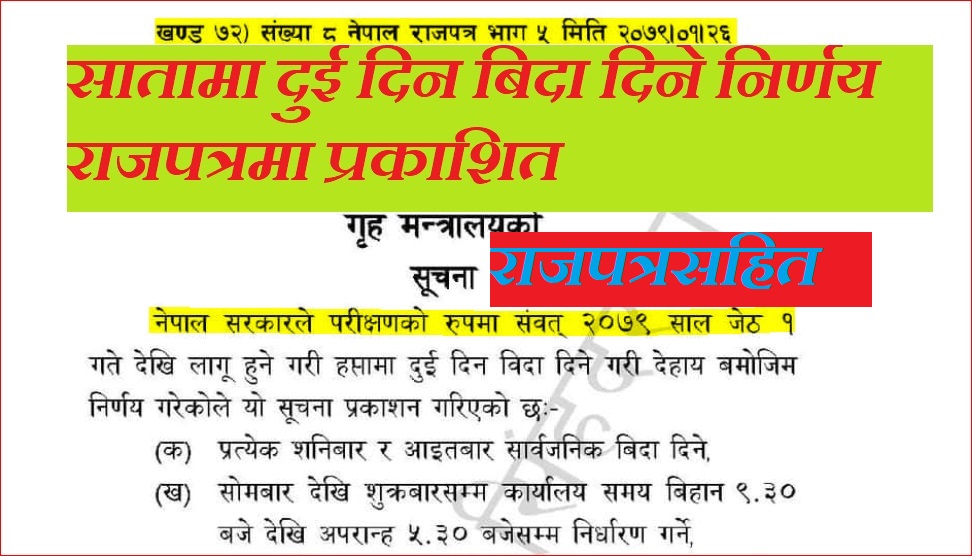 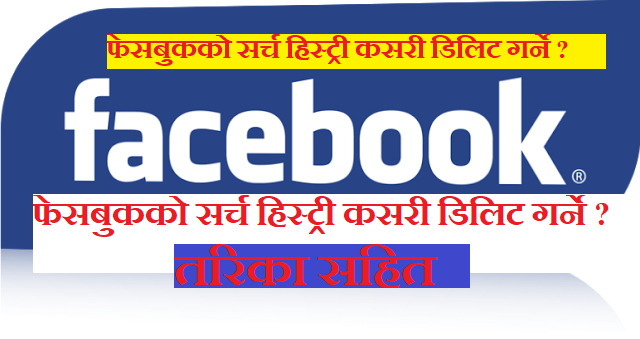 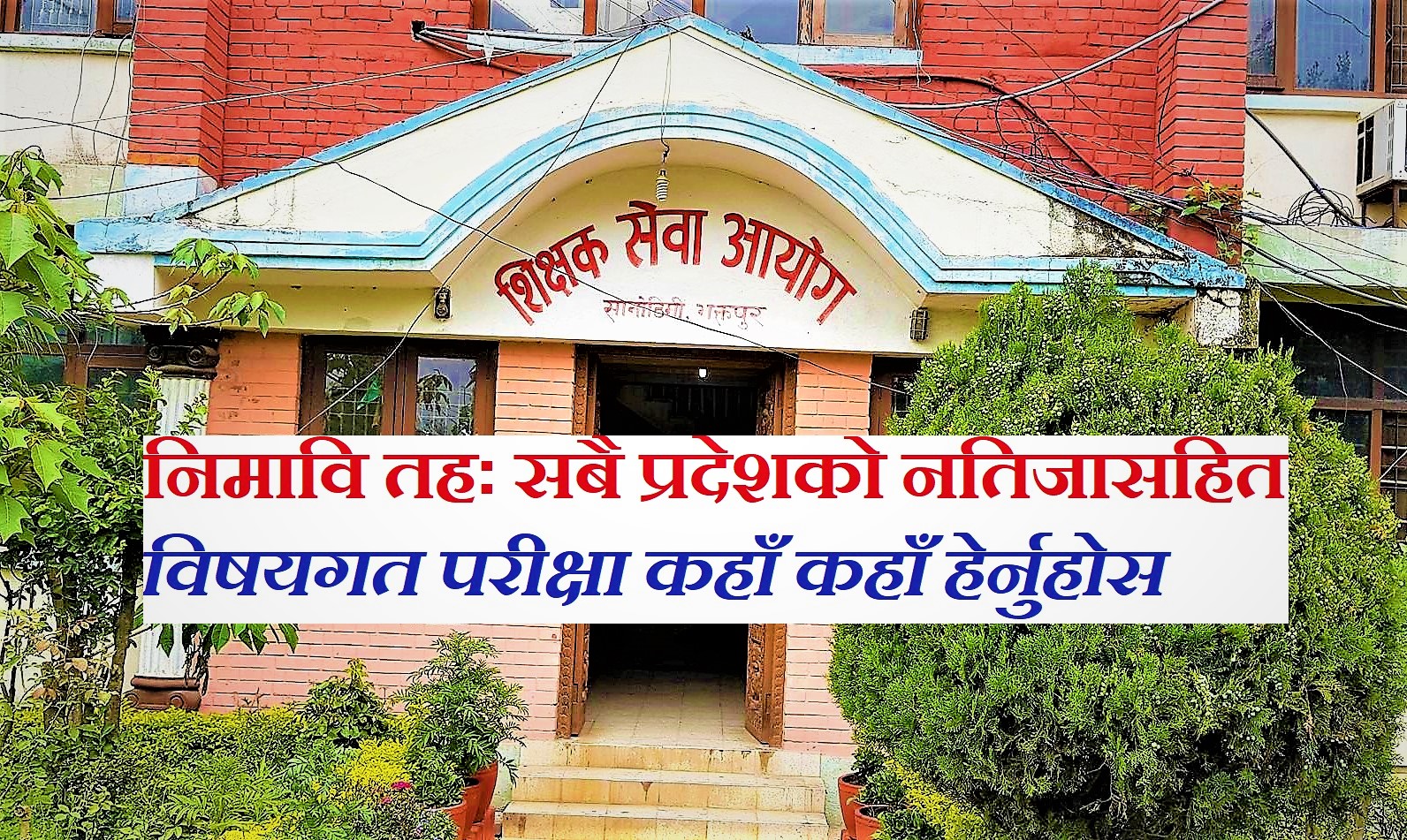 Where is the lower level thematic examination? 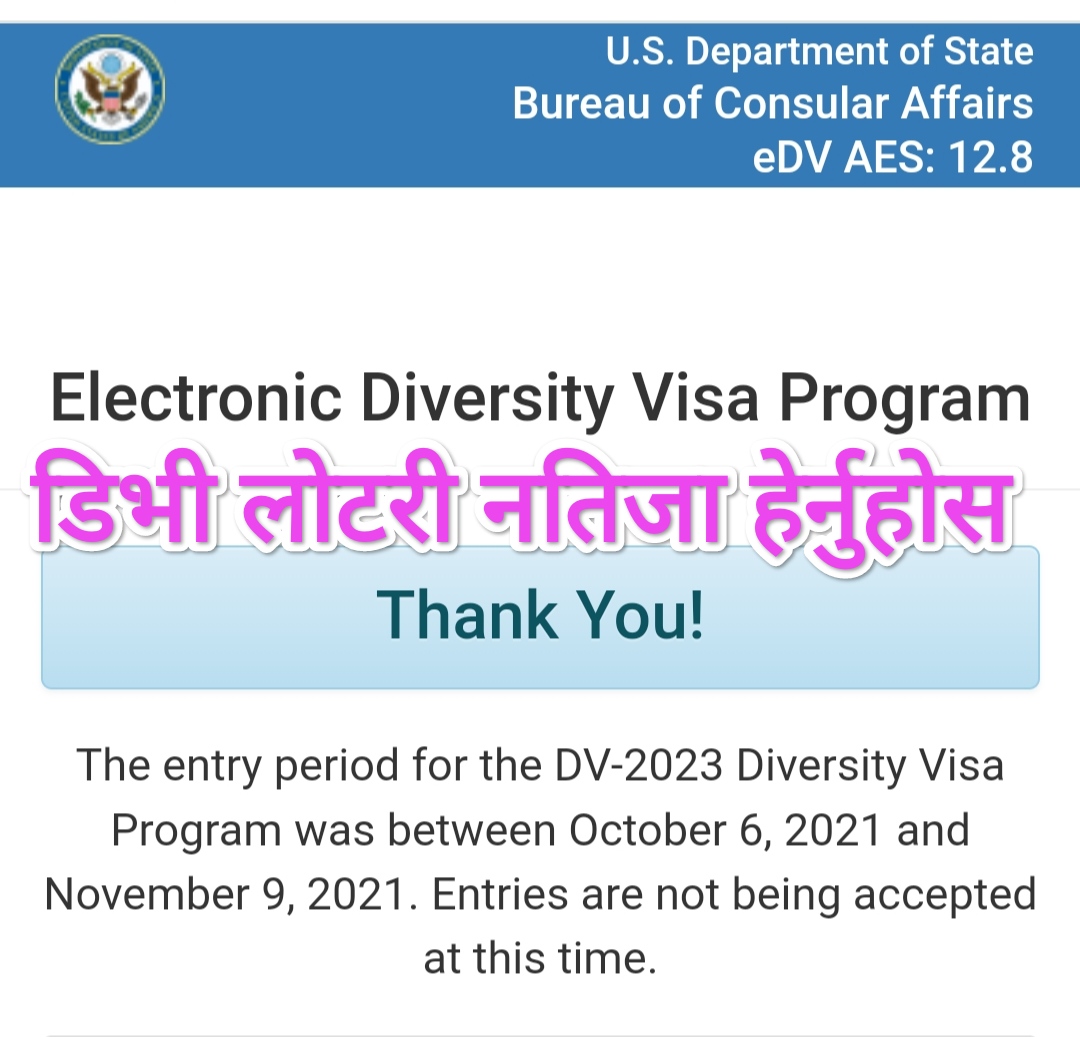 Daily Horoscope of Saturday 14th May 2022

Daily Horoscope of Wednesday 11th May 2022

Horoscope for 27th of Baishakh

Horoscope for Monday the 26th of Baishakh